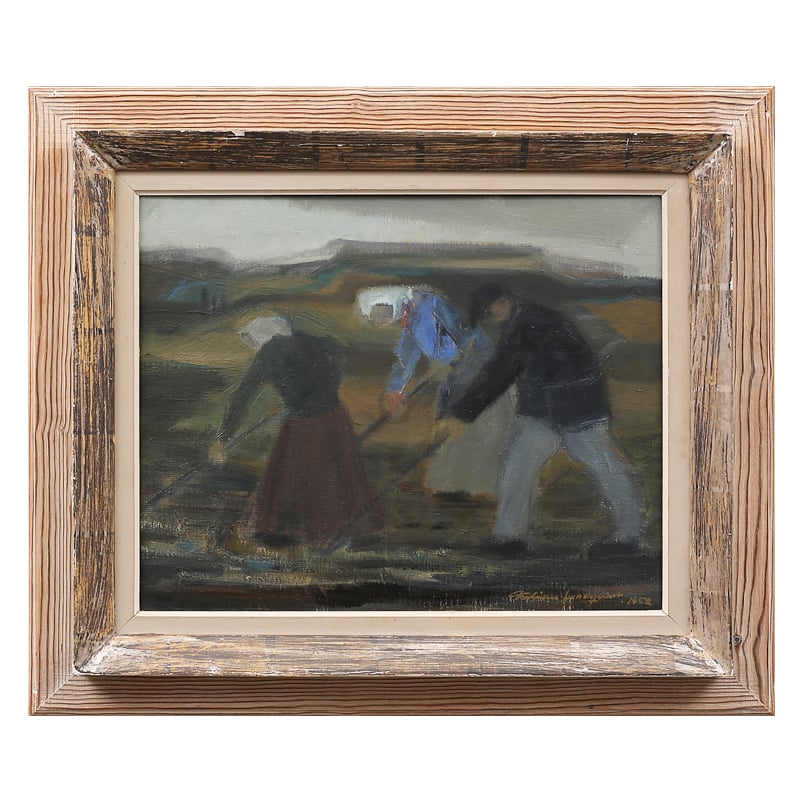 In true Lundqvist style his beautiful portrait is simple and understated. Under a slate grey sky, two women and man bend in toil, faces half in shadow. Peat, moss and pebble in colour with a cyan, 'eye hook,' centre stage.