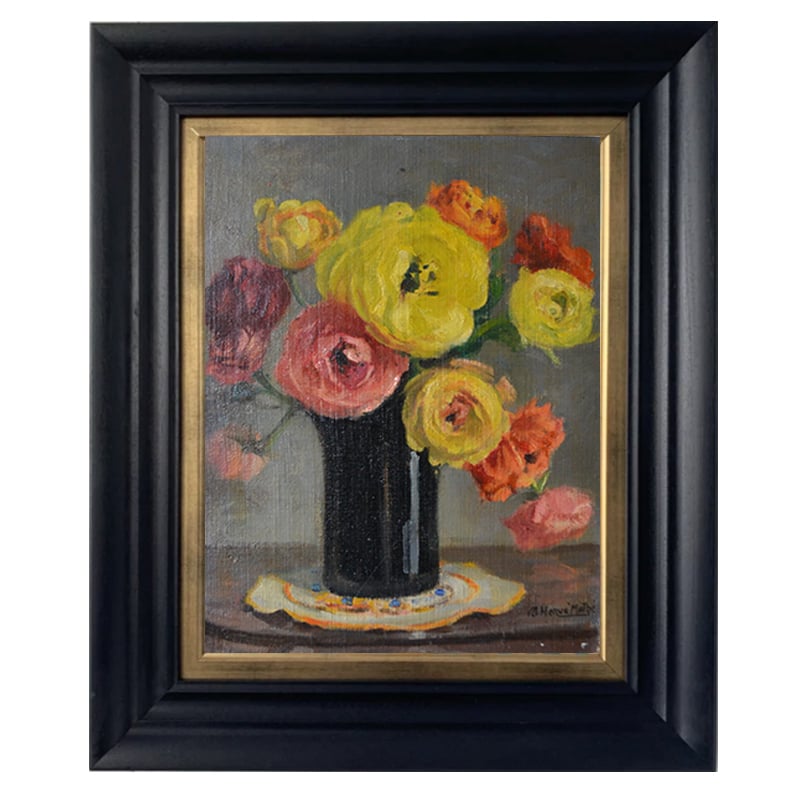 Jules Alfred Hervé-Mathé a French figurative painter (1868 - 1953), a pupil of Albert Maignan, he was director of the School of Applied Arts in Le Mans.

He is the son of Léon Florent Hervé and Marie Luquet, married in Couptrain in 1856. He marries on June 15, 1905 in Le Mans Berthe Marie Mathé.

In 1881, he lost his father, and his mother decided to return with her 3 children to Langres under the paternal roof. Jules Alfred Hervé continued his education there, and attended the highly renowned School of Drawing.

He was a student of Jean Paul Laurens, Benjamin Constant, Baschet and Albert Maignan. To finance his courses, he designed the fortifications of Langres for the Military Engineering.

He was a member in Paris of the Salon des Artistes Français from 1909. He directed the School of Applied Art in Le Mans from 1899, and this for thirty-five years. In 1914, he was mobilized as a front-line designer, drawing many war scenes under shells (kept at the Army Museum).

After the war, he increased his output of landscapes and seascapes. He falls in love with the Breton coasts, seascapes, portraits of fishermen, showing the bustle of Cornouaille's ports, painting in a balanced palette.

He stayed in Ile-de-Bréhat in 1920. In 1922, he stayed in Perros-Guirec and Ploumanac'h, and he went to Brittany every year. From 1925, he went to Concarneau for four years. In 1927, he painted the life of fishermen in Audierne. In 1930, he stayed in Douarnenez and Tréboul, then in Camaret the following year. He was no longer be able to return to Brittany due to the war.