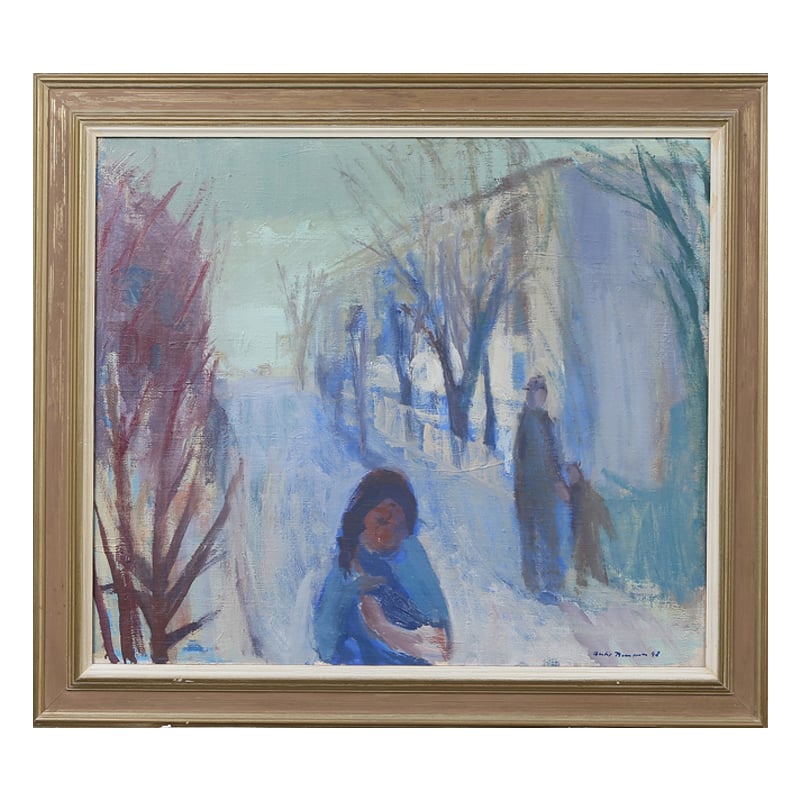 Sven Bertil Berntsson was born on 1st January 1921 in Värö parish, south western Sweden. He was a Swedish painter

Berndtsson studied at the Konsthögskolan Valand (The Gothenburg Museum Drawing School - which was re-named 'Valand School of Art' in 1950) between 1939 and 1940, the Skåne painting school (Skånska målarskolan) in Malmö between 1945 and 1946 and then in Paris, in 1949, under the French sculptor, painter, teacher and writer André Lhote (1885-1962).

Berndtsson first exhibited in Varberg in 1939 and has participated in numerous solo and group exhibitions in Stockholm, Malmö and Helsingborg between 1947 and 1953. Most notably Berndtsson was part of the 1949 'Skånska Konstnärer' (Skåne Artists) exhibition in Eskilstuna.

Berntsson's early paintings were impressionistic (landscapes and portraits), but from the mid 1950s his works became increasingly structural in composition.