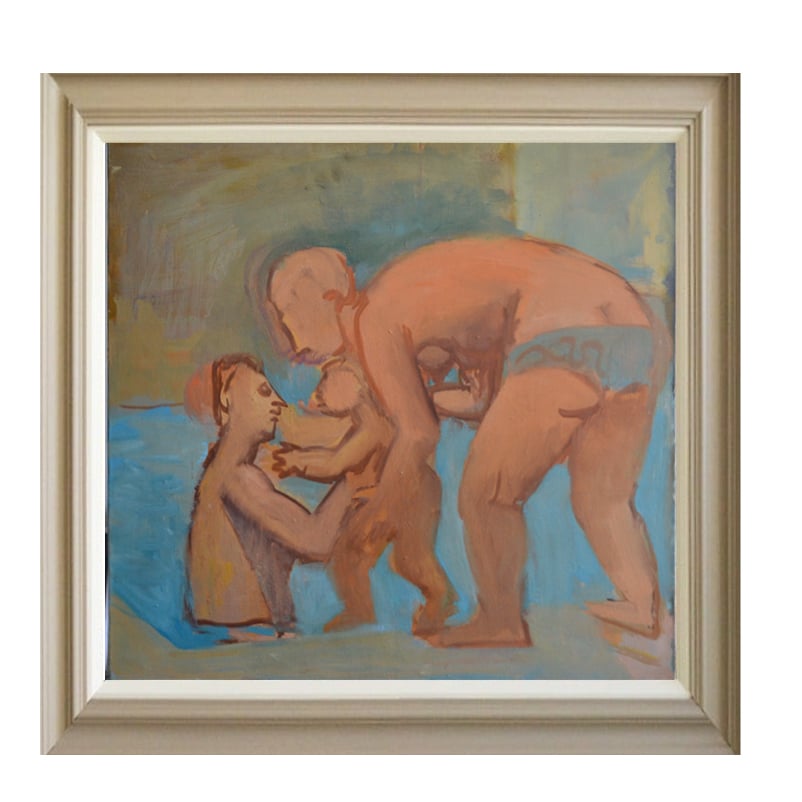 Delightful portrait of a family in a swimming pool. The female figure in her swimming cap looks with such tenderness at the infant stepping cautiously into a pool of virbrant cyan. The male figure hunches forward protectively, supporting the child with both arms. This painting is possible perfect in every way from the coral skin tones to the vivacious water, the painting sketchy and Matisse like.