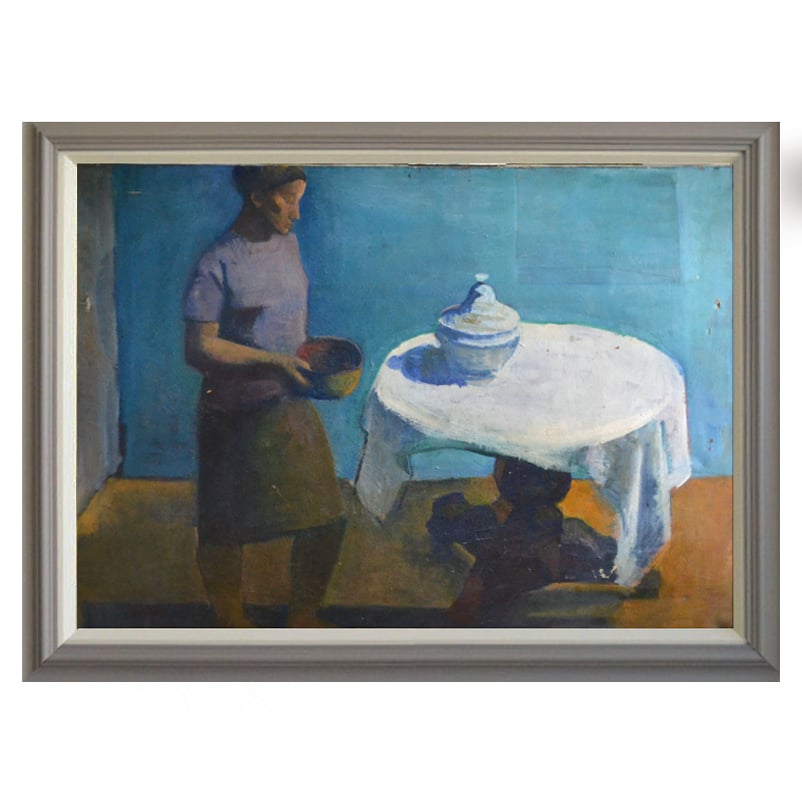 In this huge painting Langlois presents a portrait of a woman in profile nursing a wooden bowl. On the table in front of her, bathed in white light, a solitary soupier stands with dancing ultramarine shadows. A vast 'sky' of cyan creates a vibrant backdrop and a Caramac ground contrasts beautifully. Matisse-like in execution this is a stunning painting full of colour and mystery.