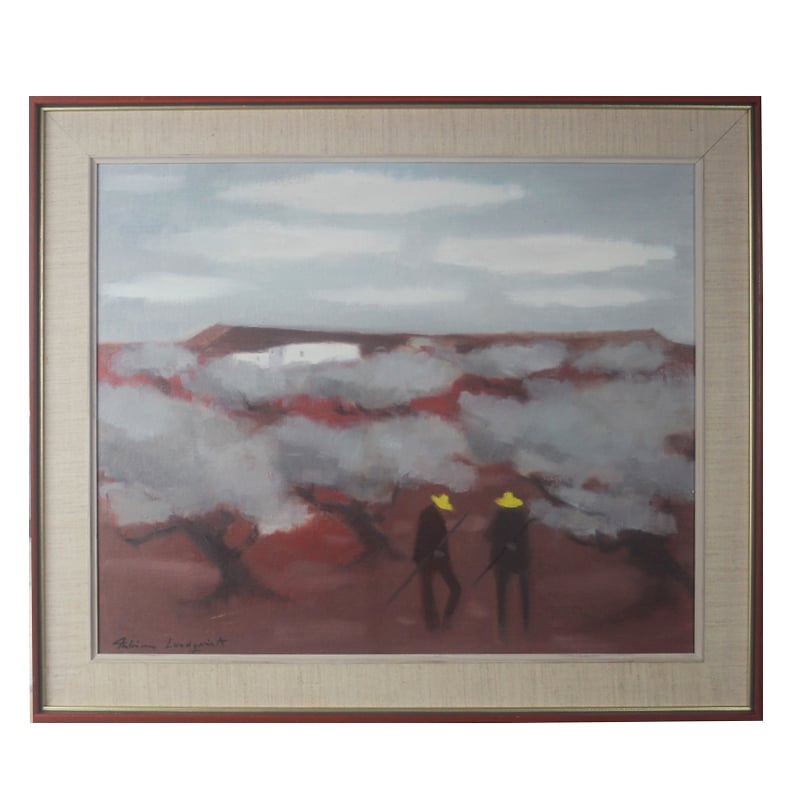 Becoming rarer than hen's teeth we were delighted to find this smashing piece by Swedish artist, Fabian Lundqvist.

Two figures in black with yellow wellie coloured hats stand under the boughs of blue-grey blossom trees. In true Lundqvist style, the ground is tobacco, the sky pebble, there is something so unworldly about the artist's work, something so beautifully haunted.