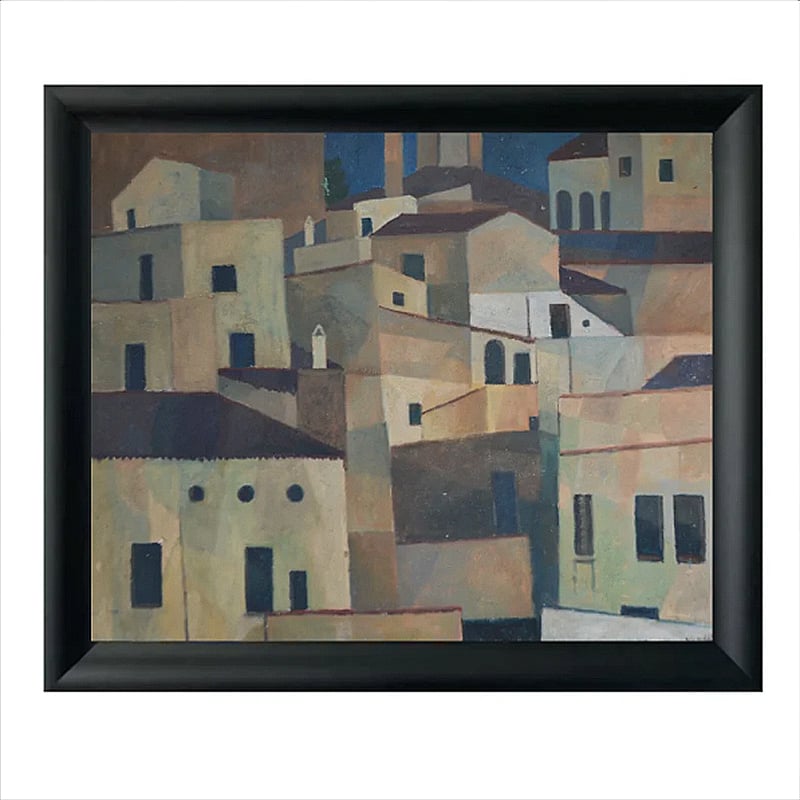 Inspired by sun-filled vistas of the Mediterranean Kennedy paints with indescribable richness. Beach ochres, sage greens and a patch of cornflower. An abstracted order, everything it its place, an organised jumble of architecture, flatly planed, and beautifully crafted.