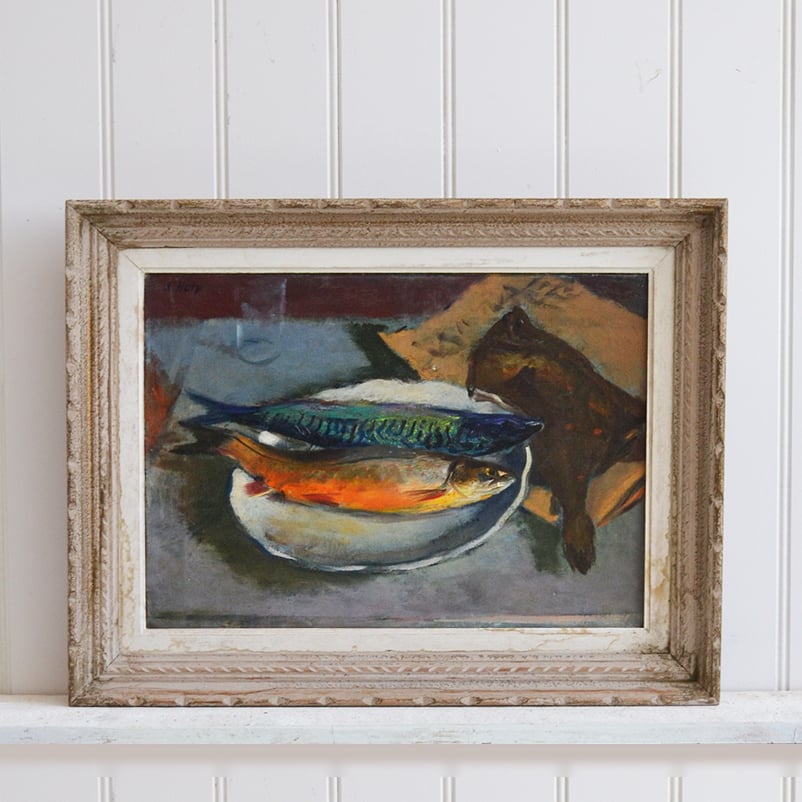 Superb oil on canvas by the celebrated Swiss artist, Adrien Holy (1898 - 1978) depicting a mackerel, plaice and trout in a white ceramic dish. Luscious thick application of paint, especial over the mackerel's back. Courageous viridescent colours, with goldfish orange and lemon sherbet.

Adrien was the son of the artist Jules Holy. He studied at the art schools in Bern (Switzerland) from 1915 until 1916, at the Ecole des Beaux-Arts La Chaux-de-Fonds and the Ecole de Beaux-Arts in Geneva. He travelled in Italy, Germany, Belgium, Holland, Sweden and Norway. Lived from 1920 until 1939 in Paris and was married to the artist Ellisif Björset.

His works can be found in many European museums and galleries including Museum Jeu de Paume and Musée du Petit Palais in Paris as in Neuchàtel, Glaris, Luzern, Bern, St.Imier, Aarau, St.Gallen, Geneva, Rohrschach, Thoune, Lausanne, Chicago, Straßburg, Rotterdam, Amsterdam, in the Zurich Art Society and the Foundation Oskar Reinhart in Winterthur.