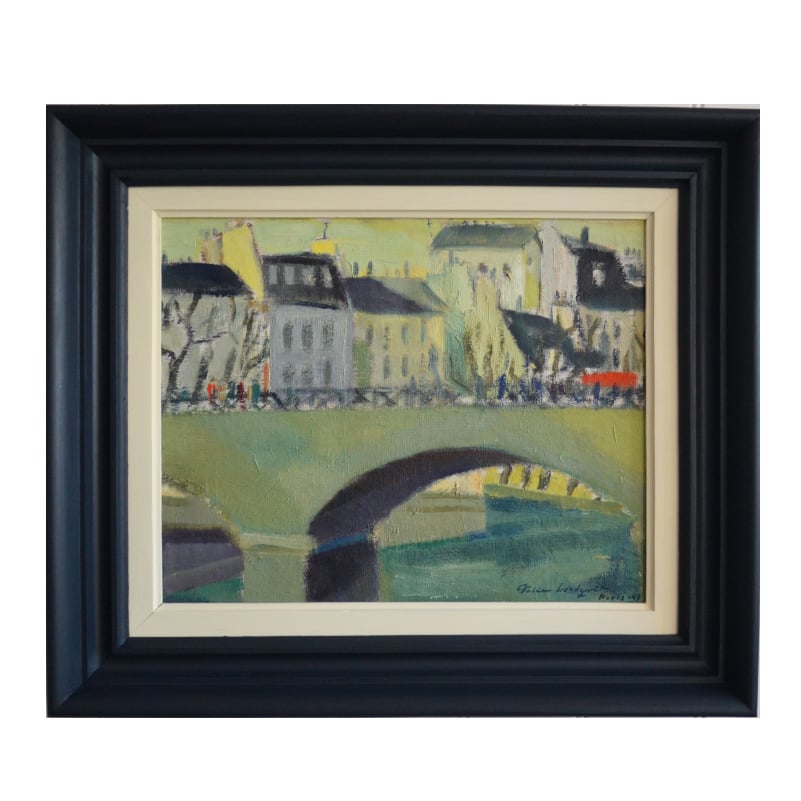 Oil painting on canvas by sought after Swedish artist, Fabian Lundqvist, 'Spring in Paris 1949,' depicting a jade green and lemon yellow arched bridge over the Seine with amethyst shadows. Sunlight falls in abstract forms across the Paris houses, a gaggle of people stroll over the bridge in crimson and turquoise daubes. Trees, still bare of their leaves stretch like fingers.