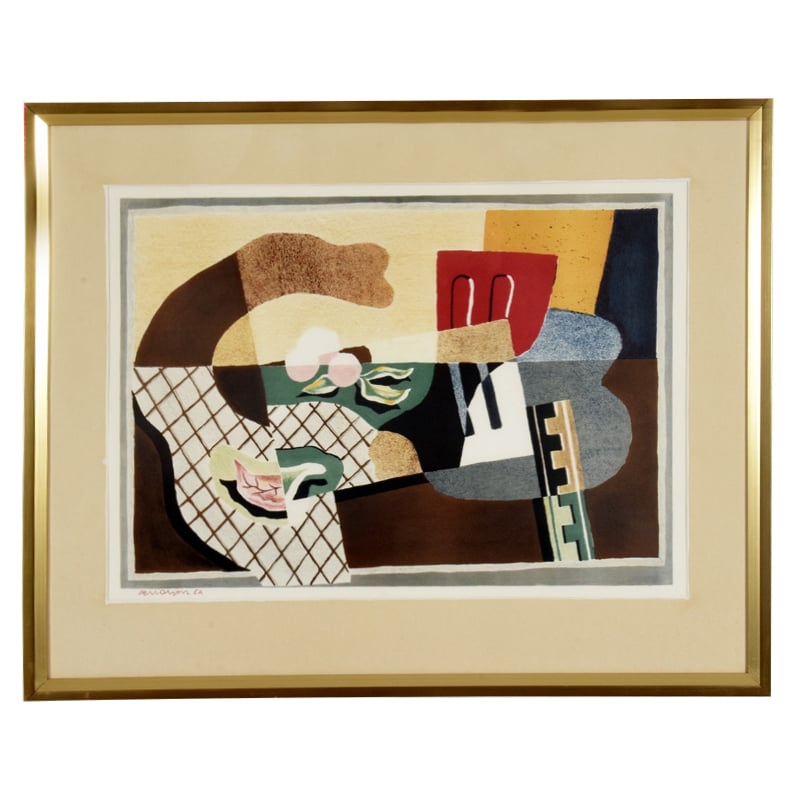 Karl Axel Bernhard Olson , (1899-1986) was a Swedish painter , illustrator and graphic artist , who belonged to the Halmstad group .

Axel Olson was the brother of Erik Olson and Torsten Hugo Olson . In 1915 he formed the group Gnistan together with Erik Olson and his cousin Waldemar Lorentzon . In 1919 he made his debut at an exhibition in Halmstad, which led to a contact with Gösta Adrian-Nilsson . In 1922 he traveled to Italy and Germany to paint. The following year he settled in Berlin and became a student of Alexander Archipenko . In Berlin, he became acquainted with the continent's avant-garde paintings such as Cubism , Futurism and Constructivism .

In 1924, Axel Olson returned to Halmstad, where he formed and became a teacher for the group De unga together with Sven Jonson and Esaias Thorén . To support himself, he also worked for a time as an advertising painter. In 1929 he was involved in forming the Halmstad Group.

Axel Olson's art was initially characterized by Cubism, but like the other artists in the Halmstad group, he oriented himself towards surrealism in the 1930s . He often took his surrealist motifs from his everyday surroundings, often with plows and anchors as recurring motifs. In 1937 he exhibited in London .

At the outbreak of war in 1939, Olson painted one of his most famous works, Hamn The events of World War II are also reflected in other paintings such as Black Evening (1940). During the 1940s, he participated in the so-called Söndrum Colony, an artist collective with, among others, Sven X: et Erixson and other members of the Halmstad Group . In 1944 he married Anna-Lisa Falck (1905-1988).

In 1948, Axel Olson traveled to Paris and came in contact with French non-figurative art that left traces in his painting. A trip to Provence also inspired him to a brighter color in the early 1950s. In the 1960s, he reverted to a surrealist imagery.

During the 1970s and 1980s, motifs from the Halland coast became a source of inspiration; boats, fishing gear, mussels and snails often appeared in Olson's works. Olson is represented at, among others, the National Museum in Stockholm, Halland Art Museum and Norrköping Art Museum.