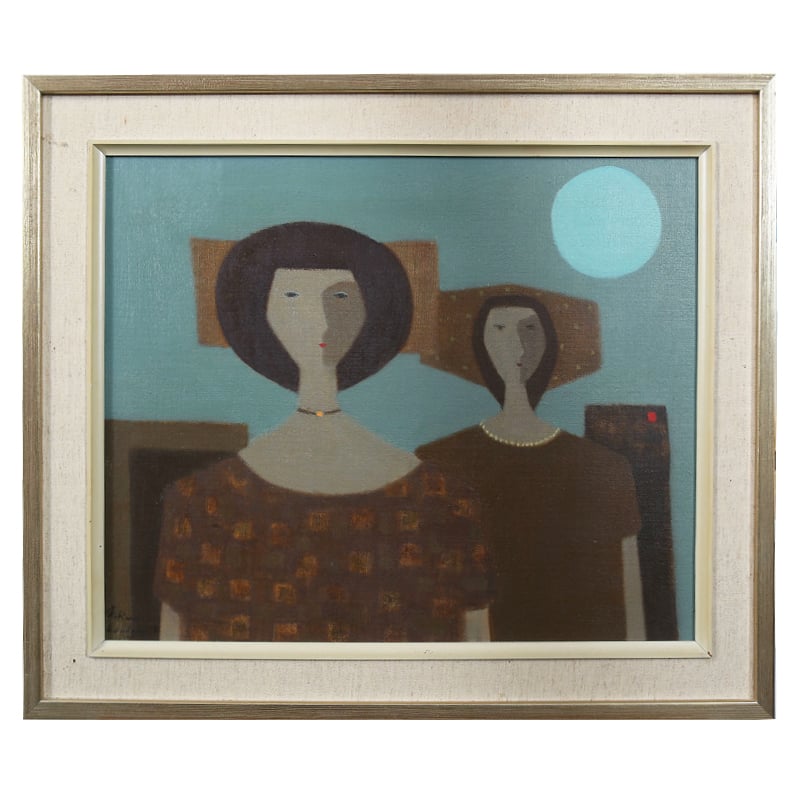 In true Lundqvist style his beautiful portrait is simple and understated. The tones are earthy, the mood is mysterious. A pale blue moon hangs a duck egg sky, two women stand silent and still, their stylised faces half in shadow. Both wear tiny necklaces and tobacco coloured dresses. The tiniest red light chirps from a building (?) on the right.